The making of Sarajevo station

Sarajevo has a strong “crossroad” identity throughout its history. From the Ottoman caravanserai to a busy 19th century Balkans railway, the city was continuously situated along the connection corridors between the West and the East. Today, Sarajevo is in limbo between comprehensive redevelopment plans and urban residential sprawl, which put pressure to its damaged and inadequate infrastructure. Since after the war, the rail network is underused and infrequent, but most importantly it acts as a border, both spatially and socially. With the introduction of a metro and train station at the former industrial zone of Sarajevo, connectivity and accessibility are restored, while the steep landscape is used to create a new public platform on top of the station. The project acts as a key development that builds upon the “spirit of the place” and offers social and economical sustainability.

This is a project that celebrates diversity and complexity in terms of circulation, use and experience of the space. Primarily, it is an interchange station split in three levels. The underground metro station is designed to connect the airport with the city through this site, while parking facilities reinforce the idea of a “transferium”. The actual rail station is placed along the existing railway lines and reflects the materialisation of modern Balkan architecture. Finally, a long pedestrian corridor enhances the complex with local bushes and trees on the top level. The co-existence of those gives the new station hub its uniqueness and offers a vibrant and adaptable public space to both residents and travellers. 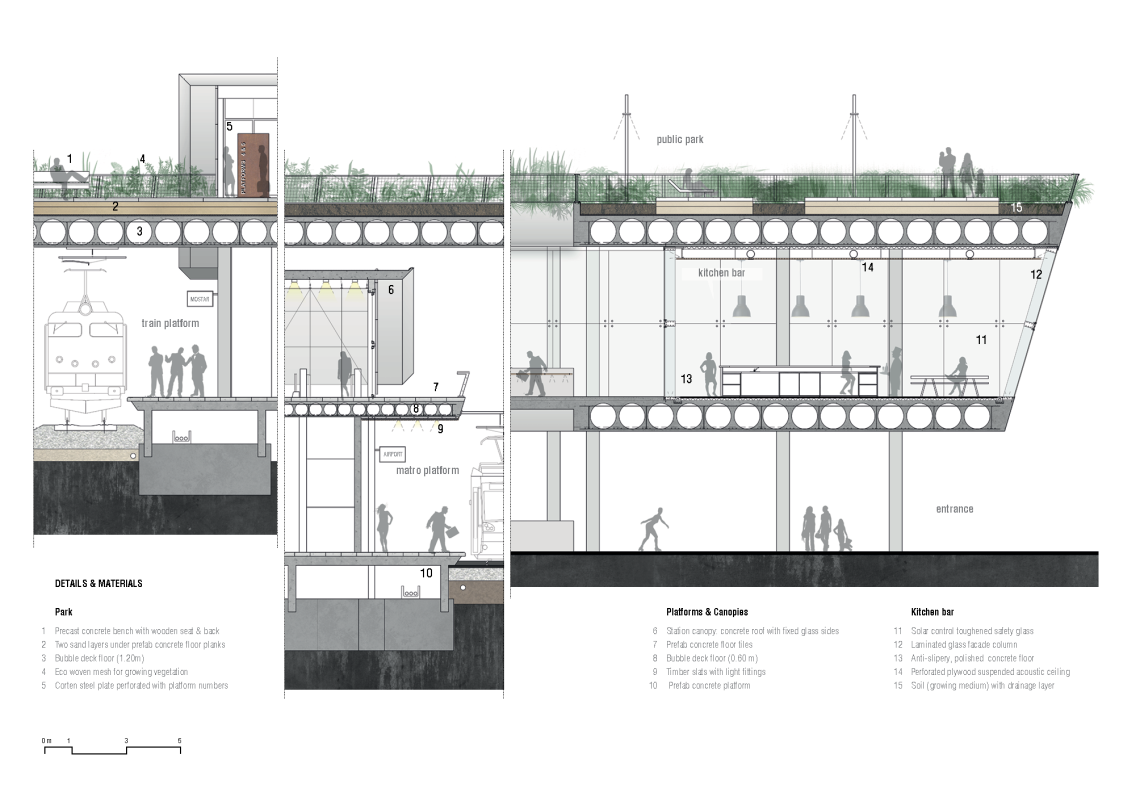 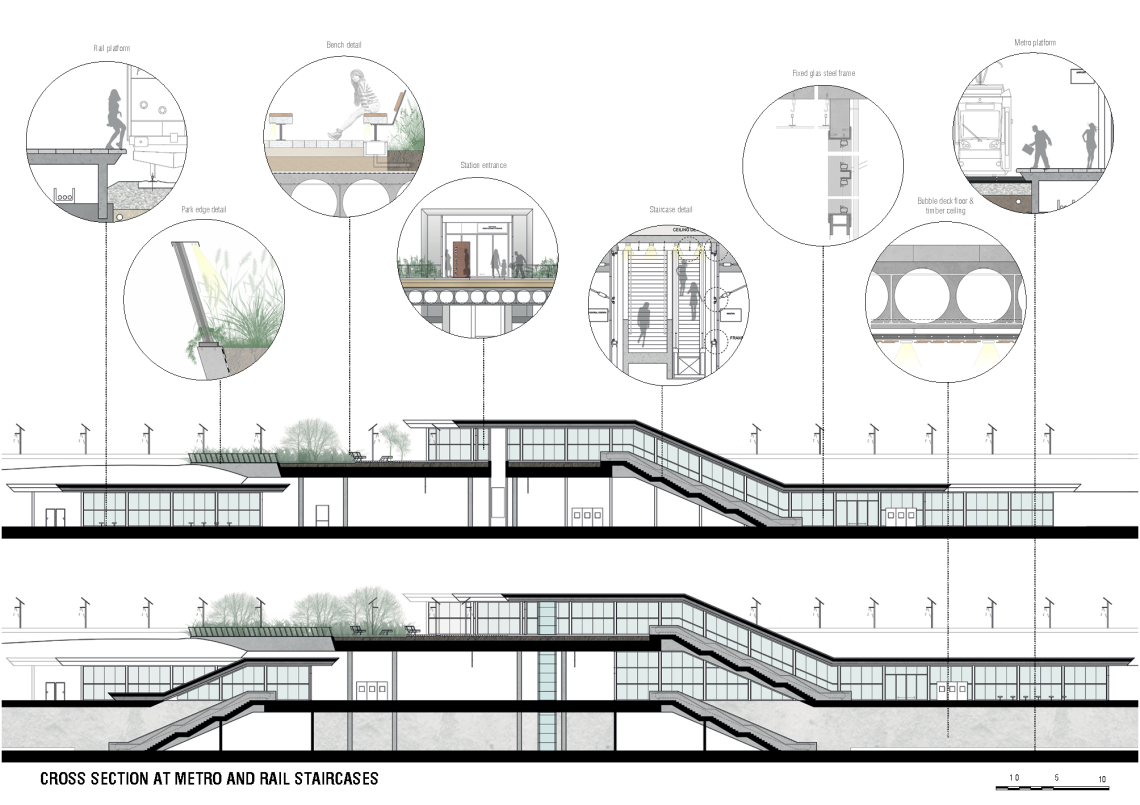 A place for all

The public park starts at the edge of the residential hill and forms a pedestrian corridor that goes through the station and extends towards the city. The travellers can reach the platforms from all levels, while the locals can enjoy the views. The park is planted with native fruit trees (apple trees, lemon trees, etc.) and medical and aromatic bushes and flowers (lavender, calendula, chamomile, etc). The design of this elevated level is kept simple and easy to use with a clear role in becoming a community hub.

The proposed design of the station acts as a key development for the transformation of the whole surrounding area. A strategic masterplan is set to accommodate additional uses in short and long term. The existing businesses will remain in place, while others will come in. Old empty warehouses will gradually host temporary work/live spaces. Investment will further transform the central point of the development around the station entrance into a mixed-use area. Ground floor retail uses, such as pharmacies and bakeries will attract people. Housing on the top floors will secure safety at night. Additionally, new riverside family flats will bring in a housing type that is much needed in the city. Finally, public space will connect all those functions and lead towards the use of the station as a community hub.